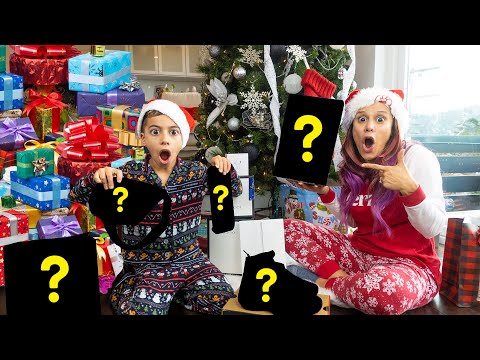 A Long-form Analysis of MGM and It's Assets: What Would Its Suitors - Apple, Amazon, Facebook and Comcast - Be Getting?

By now I think you've heard the big news about the Lion: They are looking into getting sold. After a solid decade of Hollywood perks, Anchorage Capital manager Kevin Ulrich is looking to off-load MGM in the midst of a pandemic after a series of tumultuous valuation drops.
Among the potential acquirers were Facebook, Apple, Amazon, and Comcast. Among those, three are tech companies and one is a more traditional Hollywood media company.
There are some major hurdles to a potential deal, however. Danjaq, the IP holding company that owns Eon Productions and is run by Barbara Broccoli and Michael G. Wilson, owns merchandising rights and shares greenlight authority for all Bond movies. Distribution rights for movies like Creed and Casino Royale are divvied up between different companies. Reality TV assets, which were brought in to bolster their holdings, include Big Fish Entertainment, which among other things produces the now-cancelled Live PD. Debt hides in the balance books; any purchase would include about $2b, making the purchase that much harder to stomach.
For fun though, let's take a look at each of these four buyers to see how it could play into their strategies.
Apple: The much ballyhooed content lack for Apple might've motivated a deal back in the day, especially in 2019; indeed, the article notes that a deal with Apple that would've valued MGM at $6b was almost reached in 2018.


In 2018, Mr. Ulrich, by then the board chairman, and others on the board fired Mr. Barber for having early, unsanctioned conversations with Apple to sell the studio for more than $6 billion. The preliminary talks fell apart when he was ousted. Minority shareholders protested, with Owl Creek founder Jeffrey Altman sending a letter to the board saying Owl Creek and other shareholders wanted a deal.

Going through old issues of the Wrestling Observer Newsletter and posting highlights in my own words. For anyone interested, I highly recommend signing up for the actual site at f4wonline and checking out the full archives.
 PREVIOUSLY: The Complete Wrestling Observer Rewind 1991-2001
 WATCH: Vince McMahon announces the arrival of the NWO
 WATCH: Maven eliminates Undertaker from the 2002 Royal Rumble
 WATCH: Goldberg torpedoes his caddie into the lake
 WATCH: Saloonatics trailer
 WATCH: AJ Styles vs. Rico Constantino dark match - 2002
 WATCH: Bill Simmons reviews the 2002 Royal Rumble
 WATCH: Randy Orton vs. Prototype - OVW 2002
 WEDNESDAY: More on the impending arrival of the NWO, more on the upcoming brand split, cruiserweight division, and more...

What If Series #20: 20th Post Special: Answering Your What Ifs?

This special post is going to be answering What Ifs submitted by you, the fine people of the Fantasy Booking Subreddit! Enjoy!
And Finally:
And that’s it, thanks for the requests, and have a great week!
Coming Tuesday: What If Roman Reigns Pulled A Hulk Hogan And Signed With AEW.

New Beginning II - Book Shawn Michaels if he were in his prime today - Part 1: Heartbreak Kid

Going through old issues of the Wrestling Observer Newsletter and posting highlights in my own words. For anyone interested, I highly recommend signing up for the actual site at f4wonline and checking out the full archives.
 PREVIOUS YEARS ARCHIVE: 1991 • 1992 • 1993 • 1994 • 1995 • 1996 • 1997
 WATCH: WCW Road Wild 1998 highlights
 Here are some of the quotes from the USA Today story:
 READ: WrestleCrap - Sable Unleashed
 MONDAY: Warrior debuts in WCW, Observer Hall of Fame, Eddie Guerrero cuts worked-shoot promo on Eric Bischoff, and more...